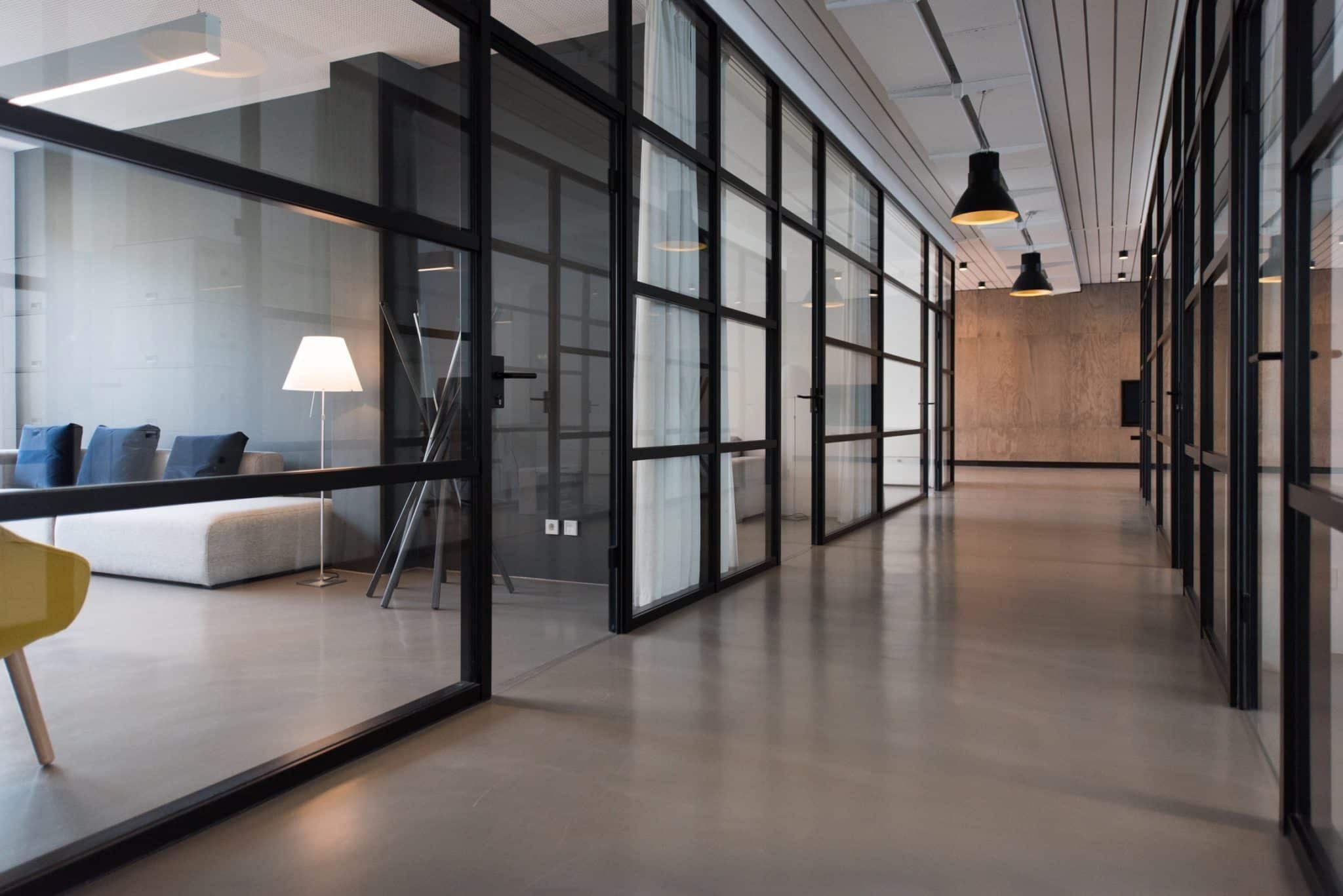 It’s becoming very clear in the world of business that a company’s internal culture is just as important to its ultimate success as any other factor. It may even be the most important. The way a business treats the people who work for it affects its efficiency and its reputation. It’s important, then, to have some very solid company culture ideas in place for the new decade we’re starting. Here are five ways you can do this with the help of products like the ones we build at VOX MG.

1: Make Each Employee a Key Part of Something Bigger

Think of this first idea as a foundation. The other four each depend on this underlying goal. It’s important to have a solid reason behind any cultural policy, and we’re convinced that this is the backing that works best.

Pre-industrial employment was a mixed bag. It was either about individual labor, apprenticeships, and being close to the earth, or brutal mass servitude. It was often painfully hard and poorly-compensated work, but it was that or perish. Industrialization has changed everything over the past couple of centuries. Starting with Henry Ford, it became possible for a job to lead to a lifetime of secure income. Other incentives have followed as Human Resources departments devised attractive benefits and promotion possibilities to try and keep the best workers around. It’s not always enough, though.

In our mechanized and digitized world, people still want to know that what they do really matters. Are they helping the customer at the end to live well, or are they just a cog in an impersonal machine?

It’s so important to make each employee feel like they are a welcome addition to a team of dedicated professionals who are busy building something great. The actual products and procedures you work with are the biggest factor in this, of course, but even if you are doing great things in great ways, you need to differentiate your business from others that are doing the same. That means creating a culture-centered workforce that can feel at home even while they’re at work, and like they are part of a movement that carries personal sentiment.

One of the ways you can make your company culture both personal and unifying is by making new employees feel like they’re part of the team right from the start. A great way to do that is by offering them a welcome box with items that will be used, and make them feel proud to be a part of their new organization.

Some companies will hand out plastic pens with their name printed on, or a t-shirt if they do anything. That’s not really enough. To really make someone feel welcome, it’s necessary to exceed their expectations. Try outfitting them in a big way. A new hire who gets a box containing a useful and durable laptop backpack, a mug, a hat, and a t-shirt in the right size can’t help but be impressed. It’s as though someone did all the back-to-school shopping for them!

And think about what kind of message such a gift box sends. If the company is willing to invest that much in a new teammate before they even do any work, imagine how much they’ll support them and help them grow down the line when the real results start pouring in. That’s a big paradigm shift! Being branded gear, too, creates instant camaraderie and lets them know that “yes, you are one of us, and we need you!”

Do you remember what it was like to start a new job in a new office, full of unfamiliarity? It’s really not that different from the first day of school growing up. So many new people, new things to do, new procedures, and no idea who your friends will be. As adults, we learn to deal with it, but it can still be a scary and anxiety-inducing moment.

A great way to alleviate it is to provide a tour of the workplace. Such a tour helps to demystify the office by introducing the new team member to the people they’ll be working with, and showing them how their work will affect the rest of the company.

The more they can see of the process, the more puzzle pieces fall into place, and the easier it is for them to see the big picture. This results in better and more dedicated work in their specialty. Likewise, the more people they meet, the more likely they’ll be to find friends and feel comfortable socializing. This is critical because most people just don’t do well when they feel isolated. Giving this kind of tour is a great way to build a sort of unified tribal culture within a company. Everyone has a role to play, but each benefits all the rest.

A unique twist that you might want to try applying during the tour is to have different co-workers each provide the new hire with one of the welcome gift items you’ve ordered for them. It’ll take some coordination, but it could be a great way to build even stronger bonds by combining two company culture ideas.

As we’ve seen, it’s important to make employees feel welcome right from the start. That does not diminish the importance of also rewarding great performance.

Many believe that it’s not necessary to say thank you when a person lives up to what’s expected of them, but the reality is that it never hurts to do so. People generally love to be acknowledged for their efforts, and in many cases, failing to express gratitude even for someone just doing what they’re supposed to can result in terrible subconscious resentment. We all know that we should do the right thing because it’s right, but it just makes us feel good when someone thanks us for it.

Not only that, but especially when someone achieves a difficult goal, getting a reward for it makes the effort feel so much more worthwhile. That’s why performance incentives are so important. It’s not just that they offer an extra reason to work hard. It’s that they acknowledge the extra effort that went into the achievement.

A word of caution: hard work is an important component to success, but so is luck, and truly successful people and companies acknowledge that. It’s possible for one sales agent to make twice as many calls as another and get fewer deals out of it through no fault of their own. The list of people they’re given to call matters. So don’t only reward results. Reward efforts, too, as long as the quality of the efforts is high. That’s one way to avoid building up resentment against winners by others who’ve worked just as hard or harder than the ones who were also lucky.

Likewise, dedication and consistency are important things to acknowledge. In our modern business environment, it’s more common for people to switch between jobs at a rapid pace. Many people won’t spend even five years at one company anymore.

The trouble with this is that while it can be beneficial for the worker to seek out better opportunities, it’s terribly disruptive for the people they leave behind. Finding ways to help people want to stay with an organization therefore matters a great deal.

Company gear, tech, and higher-end items can play a big role in this. Even the first few months and years with a company can be incentivized. In addition to the gear provided in the welcome box, you might consider giving employees a cool insulated water bottle or some sunglasses after the first month, some fun socks after 6 months, a custom leather notebook after a year, and a really nice jacket next year. Perhaps a nice watch at five years would be good, and other items in between.

Your company culture will determine what incentives work best at what point. The principle though, is to provide tangible and meaningful rewards, often, to show your people that you value the time they’re giving you. We all have only one short life, so choosing to spend that time in a particular workplace is meaningful enough to merit significant gratitude on top of the salary contract!

The Best Company Culture Ideas Are About Making Each Contributor Feel Welcome, Acknowledged, And Appreciated. At Vox Marketing Group, We Can Make That!

At the end of the day, these ideas depend on giving employees something extra that makes their lives better. That shows them that you appreciate them, and that it’s not just about the money. If you’re willing to go the extra mile and make a little sacrifice for their benefit, the law of reciprocity kicks into gear, and they will want to return the favor.

A new year is just a number, but it’s also a great moment to reflect on the progress of the society we inhabit, and how our businesses contribute to that progress. At the end of the day, businesses make the most money by being the best at solving people’s problems. That includes both their customers, and the people who spend their waking hours working for them.

Appealing to customers has evolved over the past century. It’s arrived at a point where marketers are talking about the need for individual personalization to attract the right customers at the right moment: just when they need your product. Implementing great company culture ideas has followed a similar trend. The business world is at the forefront of understanding that the smallest minority is the individual. The more individuals you can make happy, the more success you enjoy.

If you choose to show your appreciation in a tangible form, VOX MG is there to make your idea a reality. We mentioned a few examples of specific items you can give out, but everything’s on the table. Talk with us about your company’s values and goals, and we’ll help you make the right kind of products for your people. We’re dedicated to designing, manufacturing, and delivering marketing gear of the best quality, because that’s what turns a business into a family. Reach out to us today to get started! 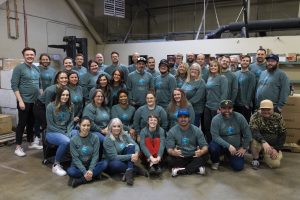 EXPANDING YOUR COMPANY’S CULTURE THIS YEAR

EXPANDING YOUR COMPANY’S CULTURE THIS WINTER Winter can sometimes be a time of year that brings gloom and mundane attitudes to an office. The skies 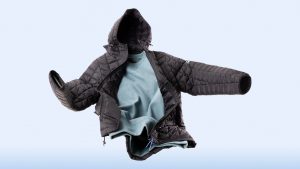 It’s Time For a New Year!

IT’S TIME FOR A NEW YEAR! 2021 was a year that was filled with a lot of challenges but also a lot of opportunities for 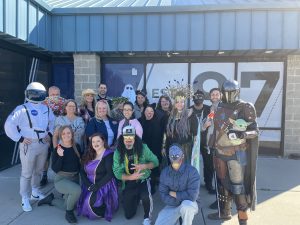 HALLOWEEN WITH VOX Now that the spookiest time of year has come to an end, we wanted to show off how Vox Marketing enjoys the 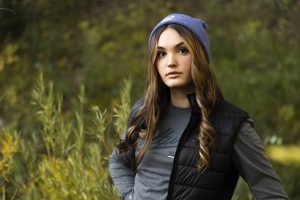 INTRODUCING ‘CULTURE’ The weather is getting colder. The sun is going down sooner. The leaves are changing colors. Fall is here to stay! Today we

Send Us A Message